By Charles A Evans MD

A variety of hormones are found in your body which carry messages between your organs and cells.  Hormones are secreted by glands to help your body stay balanced and function optimally.  Hormones that decline with advancing age include thyroid, growth hormone and sex hormones. Starting around age 45, our sex hormones decline.  In women, the production of sex hormones stops rather rapidly, while in men testosterone declines by 10% with each decade.  The decline in these hormones are associated with an increased risk of heart disease, obesity, associated diabetes, osteoporosis along with impaired memory, mood, and vitality, which can be associated with loss of energy and enthusiasm for life.

We are now becoming aware that causes for hormone deficiency other than age needs to be addressed.  The stress hormone cortisol has seen a lot of attention lately, and it appears that sustained high levels has been associated with Cortisol also impacts communications between the master gland in the brain (pituitary) and our gonads (ovaries in women).  Our world has become increasingly stressful with the result that glandular problems in younger and younger people are becoming more prevalent.  We are now seeing men in their 20s and 30s with hormonal disturbances. Cortisol not only makes men resistant to testosterone, but it also shuts down testosterone production.  The increasing prevalence of obesity, sleep apnea and chronic pain syndromes are becoming much more prominent in stressing the body and causing chronically elevated cortisol levels. 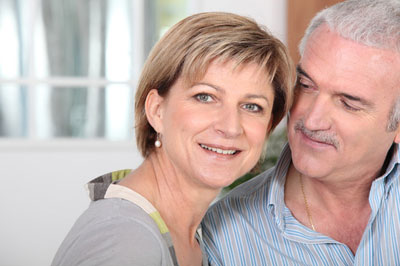 Treatment is based on the cause of a patient’s lowered testosterone level.  In the case of stress, and men under 45 in general, a medication can be taken briefly to re-establish communications between one’s testes and pituitary gland.  This is the preferred treatment because is re-establishes normal physiology, and there is no need for long-term treatment if the cause is addressed.

In older men, and in men where the medication mentioned above fails, testosterone replacement is considered.  This treatment will need to be continued for the rest of the patient’s life once initiated, and the benefits and risks will be discussed with you in detail.

Oral testosterone is not an option because the doses required to replenish a man’s blood testosterone level has been shown to cause liver cancer. It was withdrawn from the market many decades ago.

Creams and gels are available for daily use, and salivary levels can be measured to ensure optimal dosage.  Another option is a weekly injection, and blood levels are performed on a regular basis to make sure the dose is optimal.

Lately, pellets injected under the skin can deliver hormones for up to 9 months and therefore has become a popular alternative.  We do not endorse this because of the very high pharmacological levels seen in these patients 1-3 months after insertion of the pellets.  Our goal in hormone replacement in both sexes is to give back the exact same amount of hormone you used to make, in optimal amounts, and to maintain levels equivalent to low levels for a 30-year old.

Women can now expect to spend a third of their lives as postmenopausal (without sex hormones).  The arrival of hormone replacement therapy in the 1960s liberated millions of women from hot flashes, mood swings and vaginal dryness. Unfortunately, for nearly 50 years, the hormones that were used to replace the deficient sex hormones were synthetic compounds that did not come close to resembling the hormone that Mother Nature intended. As a result, these synthetic hormones were associated with significant risks. Some were banned in 2003 and then slowly came back to the marketplace after 2005.  It was not until 2009 that bio-identical hormones became widely available as multi-ingredient compounded prescriptions that contained hormones that were molecular equivalents to those found naturally.

Menopause is associated with a deficiency in three different families of hormones known as estrogens, progesterone and testosterone (one tenth of what a man would make).   Bioidentical hormones (BHRT) resemble the chemical structure of these natural hormones in every way and therefore have very few risks associated with them compared to the pharmaceuticals they replaced.  For example, women using Premarin and a synthetic progestin (acts like progesterone on the uterus but has a completely different molecular structure) called Provera, were found to have a 69% greater risk of developing breast cancer over an 8-year period, compared to those taking no hormone.  Similarly, the use of the synthetic progestin Provera was associated with higher risks for heart attacks and strokes.  Those taking BHRT have no increased risks compared to those on no hormones at all.  Once balanced, women can enjoy years of physical, mental and sexual wellness in a manner that is safe and natural.

Estrogens are the main hormones that drive menopausal symptoms because they have such a huge impact on multiple body systems.  Most notably, estrogens play a large role on the normal functioning of most neural circuits in the brain, especially those concerned with memory, mood, multitasking, temperature control, attention and mental quickness.  When estrogen levels decline, this is often described as a “brain fog.”  Indeed, two-thirds of elderly people (men and women) with Alzheimer’s disease – that vicious disease that steals our memory – are women not on hormone therapy, compared to 50% for those on hormone therapy.  Estrogen also prevents bone loss and reduces the risk of osteoporosis.  It is also associated with lower risk of cardiovascular events because they increase HDL (good cholesterol), decrease LDL (bad cholesterol) and aid in the decrease of blood pressure and plaque removal from arteries.  It also improves insulin sensitivity, reducing the risk of developing diabetes.  Too much estrogen, known as estrogen dominance, is associated with growth of ductal cells in the breast, the inner lining of the uterus and fat cells.  This can lead to the potential for breast and uterine cancer and weight gain.  As noted above, this is not realized in BHRT because levels are monitored closely, and very low doses are required.

Progesterone, in its natural state, provides a balancing act for estrogen, antagonizing the estrogen growth effects.  It is also neuroprotective and helps with anxiety and sleep.  It also offers cardiovascular protection, aides in the function of thyroid hormone, and improves bone strength and libido.

As noted above, BHRT is usually compounded into an economic cream and applied by an easy-to-use “click” container.  A small amount of testosterone is often added to a women’s cream for physical, mental and sexual energy if required.  The hormones applied to the skin are absorbed predominantly into the lymphatic system to circulate around the body and very little of it ends up in the blood stream.  As a result, all topical hormone replacement, including gels and creams intended for men, are monitored by measured levels in saliva (a byproduct of lymph) about 4-6 weeks after starting them.  Sometimes, the prescription needs to be changed to avoid estrogen dominance, but within 4-6 months the hormones are usually balanced according to what the body needs for optimal function.   It usually takes 4-6 weeks to experience the effects of BHRT once started, but once balanced, it reestablishes the normal hormone functions amongst all the sex hormones resulting in improved vitality, mental and sexual energy, bone strength, sugar control, heart protection and decreased risk for breast cancer with fewer side effects compared to synthetic pharmaceutical hormones.