The Power of Hormones in Weight Management

The Power of Hormones in Weight Management:

We have all heard that keeping a healthy diet and active lifestyle is the key to staying fit. While this is true to some extent, there are various other factors that must be taken account. The major one is hormonal balance, the perfect proportion of each and every hormone in your body. Your body uses hormones as chemical regulators and messengers, and having a balance of them means your body is communicating well. This in turn leads to a healthy metabolism. Think of your body as a car. Just as we can’t rely only on healthy food for a fit lifestyle, cars don’t simply need the best fuel to run well. There also needs to be the right amount of oil and air pressure in the tires. Not only that, communication between the driver, steering wheel, gearbox, pedals, transmission, suspension, and engine is essential.

The Brain Is The Boss! 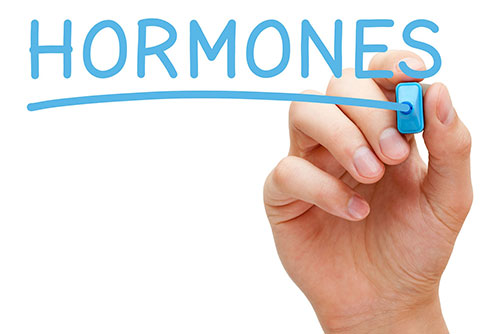 Your brain is the “driver” of your body. It both produces hormones that tell your body what to do and responds to other hormones. Brain cells have receptors on various neurons. When a hormone binds to its corresponding receptor, it produces a response. One type of these hormones is leptin. Leptin comes from the Greek word leptos, meaning “thin”, and is a hormone made by fat cells that tells your body to stop eating. The discovery of this hormone in 1994 has led to an understanding of fat cells (adipocytes). These cells are no longer viewed as a part of tissue that merely stores excess calories. They are dynamic cells that work with your endocrine system to produce hormones that regulate your appetite and metabolism.

Fat Speaks to the Brain

Your fat cells communicate to your brain through the use of leptin. This hormone tells your brain how much fat is in your body. The way leptin is supposed to work is that as a person gains weight, leptin levels increase, which cuts off appetites and shifts your metabolism into high gear. However, this does not always work because of something called leptin resistance. You see, leptin is very good at telling your brain that your body has enough fat, yet not very good at telling it there is too much fat. In the latter case, resistance builds up as you gain excess weight and body becomes blind to the beneficial effects of leptin.

How Does Leptin Work?

Leptin is not the only hormone that is involved in metabolic regulation. Newly discovered hormones called incretins are made in the gut and released in response to food. These enhance insulin production and decrease glucagon release. They help the body process food by stimulating the pancreas to produce insulin. When incretin levels are low you feel hungry and gain weight.

Stress is another major factor in weight control and ties in with cortisol, another hormone. Stress causes severe hormone imbalance and thus leads to decreased metabolism and weight gain. Any type of stress can increase your cortisol levels, whether it be from work, relationships, depression, anxiety, or even poor health and excess body fat. These increased cortisol levels lead to increased leptin resitance which contributes to even more weight gain.

Leptin Can Be Controlled

Due to all this new information on the topic of obesity, there has been research on the effect of drugs on leptin levels. While it is best to regulate your hormones naturally, there are a few medications and herbs that are seen as beneficial to maintaining leptin balance by affecting hormones and neurotransmitters such as serotinin, dopamine, and GABA. Some of these chemicals work in the same regions of the brain as leptin. Examples include a herb known as Irvinga, antideppressants such as Wellbutrin, the drugs topiramate and zonisamide, and byetta.