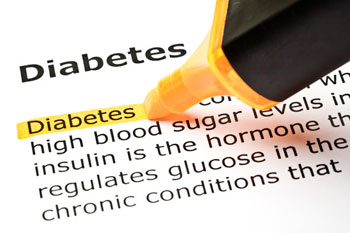 In the generation before us, diabetes was treated as a condition where patients were told that there was too much sugar in their blood, so the prevailing advice was to instruct patients not to eat sugar, or anything that turns into sugar, including white starches. Additionally, they were advised to cut calories and reduce weight. This diet was hard to comply with long term, and most patients have been classified by the ADA as being non-compliant with treatment. They were also given medicines and needles, with instructions to monitor sugars by sticking their fingers. Despite all of this, diabetes never got better, and it always progressed, leading to more and more medicines, and no change in outcomes (amputations, nerve disease, kidney failure, blindness and heart disease).

Two discoveries turned all of this around. The first one, in a worldwide study, found that the populations around the world with the least number of patients with diabetes ate the most starch (Japan). The second discovery came from looking inside muscle cells (the predominant cells that burn sugar for fuel) using MR spectroscopy.

In order to move sugar into muscle cells, a key is required to open glucose channels; that key is a hormone called insulin. Glucose channels become inefficient in people with diabetes even though the key (insulin) is unchanged. Because the glucose channels become clogged, sugar does not move as efficiently because fat is in the muscle cells, which interferes with insulin (the key) signaling to open the channels for sugar transport into the cell. This is called insulin resistance by medical professionals.

Insulin resistance starts over a decade before sugars start to go up. At first, fat induced insulin resistance is compensated for by the pancreas, which begins to produce more and more insulin. This leads to high insulin levels, which leads to plaque formation in our arteries, fat in our liver and can also lead to cancer.

As fat builds up in the liver, it becomes insulin resistant too. The liver is constantly producing sugar between meals to keep the brain and muscles alive. Sugar in our meals and the insulin produced as a result, normally turns off this sugar production. However, as the liver also becomes insulin resistant, this sugar production is happening all the time, on top of what we eat. The pancreas responds with more and more insulin, and the liver gets fatter and fatter. These are twin vicious cycles for the development of diabetes: fatty muscles in the context of too many calories leads to a fatty liver which leads to an even fattier liver. And all of this happens before sugars increase and diabetes starts. The liver offloads some of this fat into the bloodstream in the form of triglycerides, which build up in the pancreas and impairs its ability to make insulin. So, type 2 diabetes is caused by excess fat. As the pancreas becomes congested with fat, it fails to accommodate by increasing insulin production, and we are left with the worst of both worlds with insulin resistance and a failing pancreas, and sugars start to go up and up.

In 2003, the NIH supported research by Dr. Neal Barnard to evaluate the effects of fat on diabetes. Fat has two sources: animal fats and plant fats. He looked at 99 people who were divided into two groups, one group was instructed to eat animal fats and the other group was instructed to eat plant fats. Both could eat as much as they wanted. The plant-based group lost an average of 13 pounds in 14 weeks and 2 inches off their waist, and their sugars improved tremendously.

Intracellular fat in the body decreases the mitochondria (energy generators) inside the cells, lowering the amount of energy burned. As fat is removed, our metabolism can be boosted by as much as 16% after each meal. The increased fiber in a plant-based diet reduces appetite. The participants in Barnard’s study maintained their weight loss for 2 years. In some, their diabetes completely reversed (as did their cholesterol, arterial disease and even erectile dysfunction in men). This treatment is now accepted by the ADA for reversal of diabetes.

Some believe that diabetes is genetic, but we now know that genes that regulate most chronic illnesses are regulated in a manner like a dimmer switch and we can turn down or up the expression of these genes by our lifestyle. (Some genes are “dictators” such as those governing eye color and skin color and these represent about 5% of all our genes.) Lifestyle changes simply reset our genetic code in accordance with what we do and eat.

In just the last two decades, the incidence of diabetes has doubled, and obesity has become an epidemic affecting over 75% of the American population. Over the last few years, lifestyle modification has gained notoriety and is now considered the cornerstone for diabetes management by every diabetes society worldwide, including the ADA. 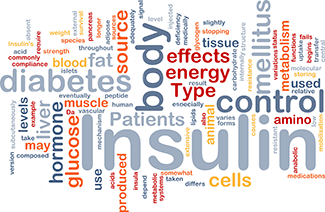 So, why then are we not hearing more about this from other doctors? The fact is most doctors have not changed their approaches to diabetes treatment since 1980!!! Lifestyle changes are better than drugs in preventing and treating diabetes for those who make the choice to adopt them. The control of diabetes with medications alone is unsustainable and may exacerbate diabetes by increasing insulin which causes weight gain and worsening insulin resistance. Instead, eat better foods, avoid animal products and start the journey towards a more whole food plant-based diet.

Type 2 diabetes can be reversed by starvation. This has been known since 1870 but is not recommended. But this can also be shown clinically using lifestyle changes with a reduction in body weight by 20% in health motivated individuals who wish to reverse their diabetes. Complete reversal can be accomplished in about 60% of patients eating a whole food, plant based diet, but it is rare in those with poor pancreatic function, and these people may also require some assistance with drugs to control their sugars, although the amount and doses of these medications are much reduced.

According to the ADA, the goal of diabetes management is to get one’s HbA1c to <7.0. In a 7-month study on people with diabetes for more than 7 years, the participants started with an average HbA1C of a diabetic (8.2), and 7 months into a plant-based diet they dropped to a non-diabetic HbA1c of 6.8, and the majority were able to drop all medications. Diabetes can be reversed on plant-based diets and calorie restriction. However, on a plant-based diet without weight loss, diabetes was improved in days, with reversal of retinopathy in 25% of patients. And insulin requirements were cut by 60% and half of participants went off insulin altogether. This was back in 1979 when most diabetic patients were treated with insulin. Moderate recommendations on dietary changes lead only to moderate changes in disease outcomes. The more we ask from our patients the better outcomes we can expect.